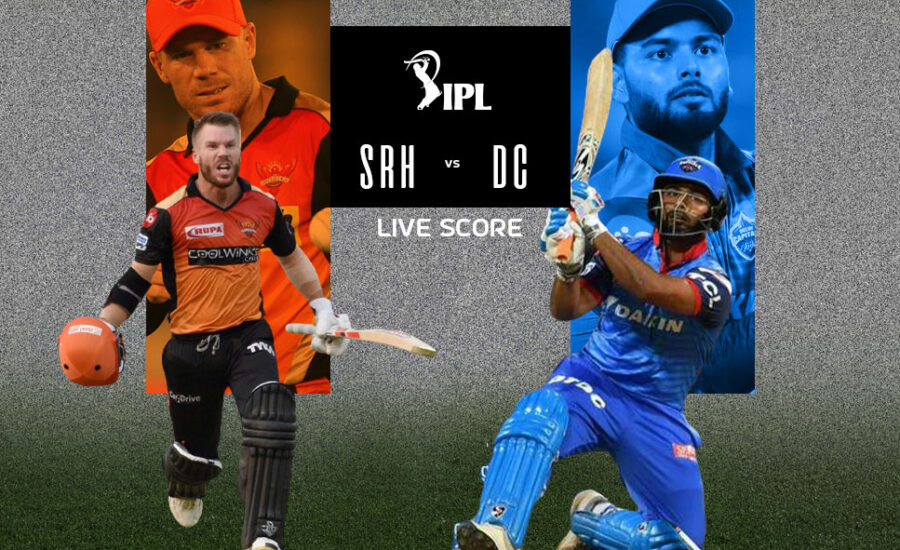 SRH VS DC BETTING TIPS
Both sides will be looking to register a win here, albeit for contrasting reasons. While Sunrisers Hyderabad would want to back to bounce back into the contention, the Capitals would want to stay within the touching distance of the top-two sides. Both sides have a terrific set of spinners available and that will be a key on Chennai’s surface. Batting-wise, we believe Delhi Capitals have a slight advantage with experience available in the middle-order. For that reason, we are placing are money on the Capitals’ win and so should you.

Delhi Capitals Win To This Match

With the match between Sunrisers Hyderabad and Delhi Capitals, we’ll be bidding goodbye to Chepauk for IPL 2021 and the two teams will both want to register a win on a ground they’ll now be well-acquainted with. IPL Betting Id With Royals winning their match against the Knight Riders, the Sunrisers are now one of the only two teams that have won just one match in the tournament so far.

Delhi Capitals are going at a full flow at their moment, sitting pretty in the top half. Having said that, the competition in the tournament is getting more and more intense with every passing day and they too would not want to leave any points on the table.

This match between the two sides is to be played at MA Chidambaram Cricket Stadium, Chennai on 25th April 2021.

SUNRISERS HYDERABAD
Sunrisers Hyderabad finally found themselves in a happier position as they opened their account with a much-needed win over Punjab Kings in the previous match. Going into that match, the Sunrisers brought about plenty of changes to their playing eleven and it can be concluded that the changes worked. Sunrisers looked well equipped in both departments of the game and now they’ll be looking to carry the momentum forward.

As it stands, they are placed at the seventh position on the points table but a win here will make them jump two places, primarily because of their not-so-bad net run rate. When the tournament started, the Sunrisers were perceived to be one team that will enjoy their time playing at Chennai because of the presence of excellent slower bowlers at their disposal. However, it took them quite some time to understand the situation.

With Kane Williamson back in the playing eleven, there are no doubts that the Sunrisers Hyderabad’s batting looks solid at the top. Having said that, their over-dependence on the overseas batsmen is also pretty apparent. The likes of Abdul Samad, Vijay Shankar, Abhishek Sharma, and Virat Singh have all struggled in all four matches that the Sunrisers have played. The good thing is that Jonny Bairstow has looked in imperious form and will continue to hold the key for the Sunrisers.

Over the years, the Sunrisers have developed a reputation as a team known to bowl well. This time as well, they have a terrific set of bowlers that can take advantage of Chepauk’s conditions. Rashid Khan is a threat on any surface and could be a difficult man to deal with in turning conditions. David Warner used Abhishek Sharma pretty well against the Kings and expect Warner to use him well yet again.

On paper, Sunrisers have a decent side, but the lack of experience in the middle-order could be a concerning factor. They’ll need their bowlers to restrict the opposition and a major contribution from their overseas batsmen. If that happens, getting past Sunrisers could be difficult even for high-flying Delhi Capitals.

DELHI CAPITALS
When the tournament started, there were several question marks over Delhi’s middle-order with the presence of Shreyas Iyer. Not only they have answered those questions, but they have also done that with utmost grace. Currently, the Capitals stand at the third spot on the points table with six points to their name in four matches. They have a net run rate of 0.426.

Delhi Capitals haven’t played much of their cricket here at this venue, but they did an excellent job in the only outing they had here. They defeated Mumbai Indians quite comfortably as batsmen and bowlers both contributed well. The fact that defeating Mumbai Indians is never easy would be a confidence boost enough for Delhi Capitals who were already flying high with their top-notch performances.

Going forward in the competition, the Capitals will need to keep up the pace with the Challengers and the Super Kings. While the task is difficult, they certainly have the team to do so. Arguably the biggest pillar of their strength is Shikhar Dhawan, who has looked at his vintage best in the tournament. He currently holds the orange cap and will be a key man for Delhi to do well. Prithvi Shaw has shown glimpses of brilliance but will need to be more consistent in the matches to follow.

The inclusion of Steven Smith has helped the Capitals with much-needed depth in the team as his presence allows the hard-hitters like Pant, Stoinis, and Hetymyer to go berserk in the end overs. With the ball, the Capitals have a bowling unit that is tailor-made for Chepuak’s surface. They feature two world-class spinners in Ashwin and Mishra with Lalit Yadav capable enough to roll his arm. Cbtf Cricket The only real concern that the Capitals will be having is the form of Rabada and we might seem him getting replaced by Chris Woakes, who would arguably be a better bet on this kind of surface.

The news from Delhi’s camp is that Axar Patel has joined the Capitals’ squad and is ready to be included. However, considering how well Delhi have done in the recent matches, Axar will likely sit on the sidelines in the upcoming match. Overall, the Capitals have a fantastic unit on paper and will be a difficult team to beat.