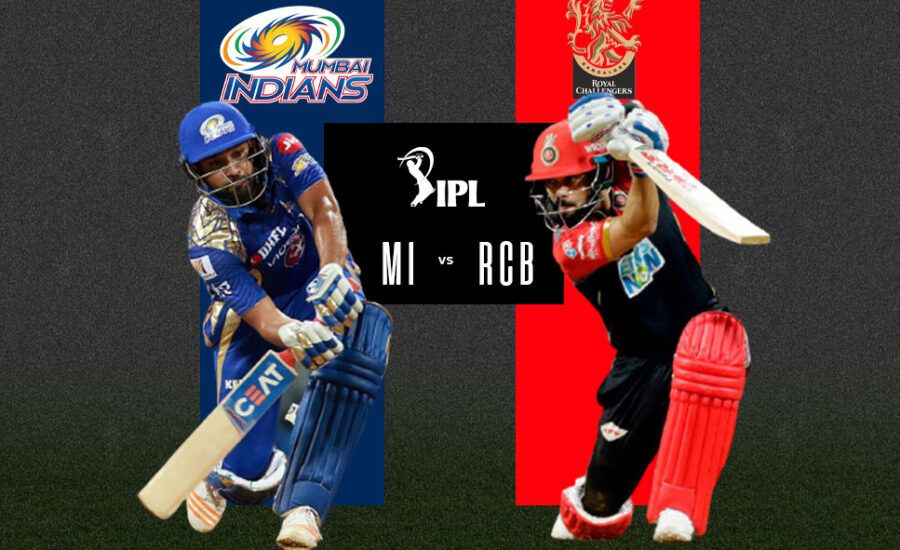 IPL 2021 is here and the opening match is going to be played between the Mumbai Indians and the Royal Challengers Bangalore. This contest is essentially between the most successful franchise of the Indian Premier League and the perennial underachievers.

On one side are the Mumbai Indians with three IPL titles in the last four seasons and on the other are the Royal Challengers Bangalore yet to win a single title. RCB has managed to reach the IPL final three times in the past, though.

Also, MI is lead by Rohit Sharma, the vice-captain of the Indian cricket team but widely regarded as a better tactician than Virat Kohli, the captain of RCB and the Indian cricket team. To add a final layer of intrigue, the T20 World Cup is approaching and players will know a massive season could mean a place in the national squad for the big event.

Mumbai Indians vs Royal Challengers Bangalore IPL 2021 is going to be played at the MA Chidambaram Stadium, Chennai on the 9th of April 2021.

We are going to back the Mumbai Indians in this match. They have a more settled lineup with proven quality across the ranks. They do not have to make many tough decisions and have enough bench strength to adapt to any condition. Their batting strength and excellent spin attack are going to be the main differentiators here.

Bet on Mumbai Indians to win.

Mumbai Indians have been dominating the IPL for the past few years and their consistency has been truly remarkable. They have won close to 70% of their matches in the previous two IPL seasons. It is no coincidence that the Indian T20 team has started to resemble the Mumbai Indians squad more and more.

Rohit Sharma, Ishan Kishan, Suryakumar Yadav, and Hardik Pandya are all fighting for a place in the first-6 of the Indian team and are sure starters for the Mumbai Indians. This immediately makes the batting very strong with proven top-orders players, middle-over specialists, and serious power at the end.

Now add players like Quinton de Kock and Kieron Pollard to the mix and you have a phenomenal batting lineup.

The situation is similar in the bowling lineup also.

Krunal Pandya, Rahul Chahar, and Jasprit Bumrah are sure starters if they are fit. Cricket Betting Tips They add an immense amount of experience and skill to the lineup. There are two overseas slots that the Mumbai Indians can play around with and choose according to their needs.

In the recent past, Trent Boult has been picked to pick wickets upfront and someone like James Neesham, Adam Milne, or Nathan Coulter-Nile could find a place in the eleven to help round things out.

This is a world-class lineup that is going to be very hard to beat. Every single base is well-covered.

Virat Kohli continues his quest to find a team good enough to lift the IPL title and this season has some new players to work with. Every season, though, RCB continues to depend so heavily on Virat Kohli and AB de Villiers to perform that nothing else seems to matter.

Kohli will be hoping to change the narrative for this season and try to find some other consistent performers.

Devdutt Padikkal was one of the finds of IPL 2020 and is coming into IPL 2021 on the back of a record-breaking Vijay Hazare Trophy. He needs to work on his power game but he should be the opening partner to Virat Kohli, to begin with.

Virat has said he will open the batting in the IPL and so the absence of Finch is not going to be felt much. Apart from Padikkal and Kohli, though, there is an absence of quality Indian batters. Ab de Villiers and Glenn Maxwell will find a place but at least one Indian batsman of quality will be required to balance the team out.

That is a potential weakness and will affect the selection of the remaining two overseas players also. We think RCB could go for Daniel Christian and Daniel Sams to try and cover two bases. That would add depth to their batting and shore up the bowling as well.

There are some weaknesses but we think RCB has a better squad for this season than the previous one.

The weather is expected to be dry and the surface will be on the slower side. Chennai is always helpful to the spinners and that is not going to change. There is a little bit of dew that comes into play but that can vary from match to match. Opening batsmen have the best conditions to score in and the wrist-spinners are usually the ones that are the hardest to score off.

The average score at the MA Chidambaram was 144 in 2019, however, the pitch is usually better to bat on at the start of the season. Online Cricket Id We think something around 160-170 should be seen as par.