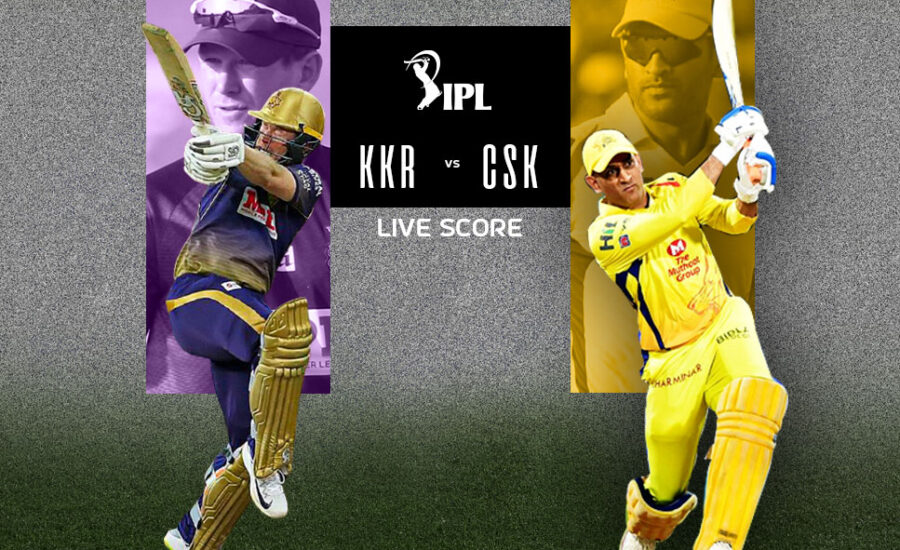 KKR VS CSK BETTING TIPS
The two teams are almost evenly matched on paper but are strikingly different in approach and execution. While Chennai Super Kings bank more on spin and fluid approach with the bat, Kolkata Knight Riders bank on pace, and that predefined batting order. As we have already seen, the surface of Mumbai has started favoring spinners and that could play to CSK’s advantage. Considering that and the form the Super Kings are in, we are placing money on CSK’s win and so should you.

KKR VS CSK MATCH & ANALYSIS
Alright then. The team that shocked its fans last year with a near bottom of the table finish is back in the business this year. Arguably one of the most followed teams in the tournament and a comeback for them has certainly sparked some excitement in this edition of the Indian Premier League. Chennai Super Kings have been the most consistent team in IPL and they’ll be looking to keep their winning juggernaut intact.

Up next in the tournament, CSK are set to take on KKR in what is going to be an all-important match for the two sides. After a brilliant start, Kolkata Knight Riders are staring down the barrel. Online Betting Id They’ll be desperate to get back to the winning ways in this upcoming match. The match between the two sides is set to be played at the Wankhede Stadium, Mumbai on Wednesday, 21st April 2021.

KKR VS CSK TEAM PREVIEWS
KOLKATA KNIGHT RIDERS
Ever since they registered their first win of the tournament, things haven’t been bright and sunny for them. After a couple of consecutive losses, the Knight Riders are now placed at the fifth spot and will need to find their feet quickly. The concerning factor for the KKR will be that they do have the star-power available, but none of those stars appears to be in firing mood at the moment, be it with the ball or with the bat.

In the two losses that KKR have been dealt with, their batting has been the primary culprit. Against Mumbai Indians, they were in a decent position before their batsmen played a flurry of bad shots that pushed them in an inferior position. Against RCB, they faced an ABD – Maxwell special before their batsmen failed to capitalize on a short yet quick start provided by Shubhman Gill.

Clearly, the Knight Riders are missing someone like Sunil Narine, someone who can provide impetus at the top. Although the Knight Riders bat deep with the presence of Shakib Al Hasan and Pat Cummins coming in late, Cricket Betting Tips they’ll need their top-order batsmen to do a better job. KKR’s strategy to bowl just two overs with Andre Russell at the death backfired in the last match. With the likes of Prasidh Krishna and Pat Cummins around, they might need to look at some other options if Russell doens’t look upto the mark on match day.

All in all, KKR have a terrific team on paper. However, their lack of execution has truly been apparent in their last two matches. Barring Nitish Rana, none of their batsmen have looked good. If the likes of Eoin Morgan, Shubhman Gill, and Andre Russell can join the party going forward, beating Kolkata Knight Riders could be a colossal ask.

CHENNAI SUPER KINGS
Chennai Super Kings are back at their familiar spot – into the top four. They finished at the seventh position last year and although these are still early days, being at the second spot will be a refreshing feeling for them. The margins in the two games that they have won have been so comfortable that CSK have the highest net run-rate amongst all eight teams.

Right from the onset, it was apparent that the Super Kings are going to bank on their depth this season and it hasn’t proved to be any different. Their batting has so far adopted the slam, bang, and wallop approach in all three matches and that seems to be paying off for them. In the last match, the likes of Moeen Ali, Ambati Rayudu, and Faf du Plessis did not allow their run-rate to drop down even though they kept losing wickets. The presence of Dwayne Bravo, Shardul Thakur, and Deepak Chahar down the order provides the top-order batsmen insurance if, in case, CSK lose quick wickets.

Another major change for CSK as compared to the last year is that they are looking more fit and athletic this year. They got several dismissals on the back of superb fielding in the last couple of matches and that is something that KKR will have to deal with in this upcoming match. On the flip side, the form of Rituraj Gaikwad will be the concerning factor for the men in yellow.

All in all, there’ve been plenty of positive for CSK in the little part of the tournament that has gone by. Suresh Raina, Moeen Ali, and Faf du Plessis have all looked in their pristine touch and could be a threat to any combination. CSK’s bowling lacks someone with express pace, but if the conditions are similar to what those were like in the last matching, this bowling can do wonders. CSK have an immaculately balanced side and beating them is going to be a challenge for the Knight Riders.

KKR VS CSK TOSS PREDICTION
Toss has generally played a crucial role here in Mumbai, but barring Delhi, no team has decoded the chasing mantra yet. While dew will continue to be a factor, chasing big totals will not be easy. Having said that, considering the short dimensions of the ground, we expect the captain to win the toss to field first.

PITCH AND CONDITIONS
The tournament started with Mumbai being a high-scoring venue, but it soon turned out to be a paradise for slower bowlers as spinners found some purchase. With the weather slowly getting warmer with every passing day, dew is beginning to have a lot less impact. Having said that, the conditions here are still a lot better for batting than at Chennai. If dew doesn’t happen to fall late in the evening, the team batting first should be happy with anything over 175.