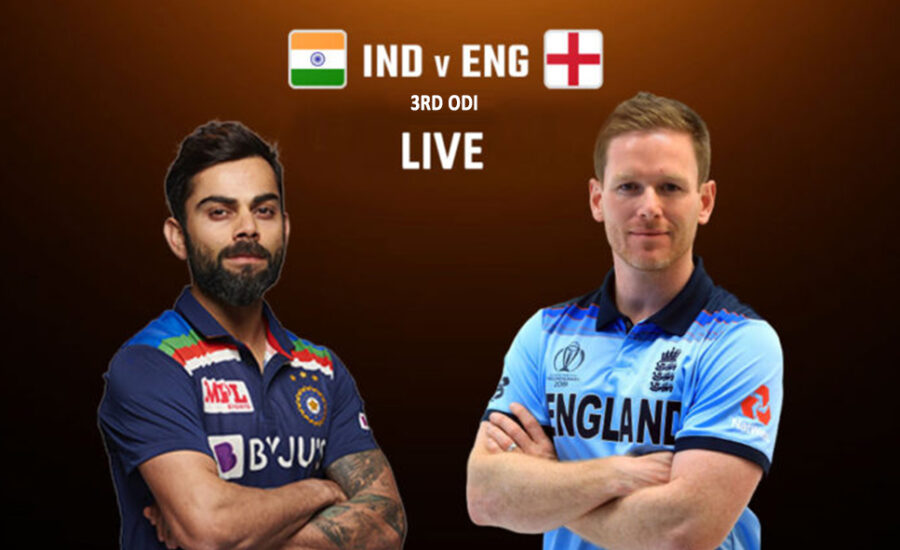 India vs England 2021 has lived up to the hype so far! What a fantastic contest we have seen between the two best white-ball teams in the world! The T20 series went down to the wire and was settled in a tense decider and the ODI series could also end up being the same.

The series is locked at 1-1 after England showed just how brutal its batting can be and chased down 337 with a ridiculous amount of ease. India will question some of its conservative batting at the top of the order and ponder some changes to the bowling attack.

England also may look to make a few changes to its bowling attack as it too was largely unsuccessful in stopping India’s batting in the second match. There is everything to play for and a lot to look forward to as the third and final match of this series approaches!

India vs England 3rd ODI 2021 is going to be played at the Maharashtra Cricket Association Stadium, Pune on the 28th of March 2021.

India would have been left wondering where it went wrong after the previous match. Of course, the bowling was terrible but to have lost the match with so much ease makes you think India left some runs on the table

Rohit Sharma and Shikhar Dhawan started a bit tentatively and neither of them could convert the start into a big score. Virat Kohli got out in the sixties and KL Rahul got a century. Cricket Betting Tips Rahul ended up with a strike-rate of less than 100 and that just may not be good enough against this strong England team.

Rishab Pant was absolutely brilliant and Hardik Pandya scored some runs in a hurry as well. We think Rohit Sharma may not be available for the series decider after landing awkwardly late in the second inning during a fielding effort.

Potentially, India could have to bring in Shubman Gill for the decider and expect him to dominate from the beginning. To be fair to India’s batting, though, they have scored over 300 in the previous five innings they have played and so the bigger fault is in the bowling department.

Prasiddh Krishna, Krunal Pandya, and Kuldeep Yadav have all been quite poor. Krishna picked up four wickets but that was only after he leaked runs at a dramatic pace in the beginning. We think Yuvendra Chahal and Mohammad Siraj have a very good chance of playing this match in place of Krishna and Kuldeep.

Krunal Pandya adds batting depth and so may continue to play. If Hardik Pandya can bowl, though, then India can add Surya Kumar Yadav to the lineup and extend their ability to attack from the get-go.

A lot of questions to be answered for India and its bowling puzzle seems to be unlikely to be solved so quickly.

England was brilliant with the bat in the second match as Jason Roy, Jonny Bairstow, and Ben Stokes just demolished the Indian bowling. The addition of Dawid Malan and Liam Livingstone to their batting lineup makes it even more dangerous in our opinion.

Dawid Malan is capable of scoring quickly or soaking up the pressure if early wickets are lost while Liam Livingstone is a ferocious hitter of the cricket ball. He smashed 27 from 21 with two sixes in his debut match and we have seen him play some incredible innings in the BBL as well.

The six-hitting power in England’s lineup is the best we have ever seen. They hit 20 sixes in the previous inning and had 10 in the match they ended up losing. There are enough stats to conclusively show that the team that hits the most sixes consistently ends up on the winning side.

Their go hard at all times approach is going to have some poor outings but on flat pitches like the ones we have seen in Pune, stopping England is going to be difficult. It will be interesting to see how England manages to cope if it has to bat first and actually set the target rather than chasing it down.

While England’s approach is different, it is not necessarily better than the fantastic Indian batting lineup. The biggest benefit of playing so aggressively at all times has is that it makes the opponent unsure of what is enough and may cause them to play in a manner that they are not comfortable with.

England’s bowling is better than India’s is. Mark Wood could come back for this match and add more bit to the attack but even if everything else remains the same, it seems that Reece Topley has given the England bowling that slight edge. Adil Rashid’s dominance over Virat Kohli is something that every cricketing nation would be taking note of and it is not something that can be ignored anymore.

The toss is a big factor to consider. We think chasing is a huge advantage on the flat Pune surface even though there is not much dew to speak of. The small boundaries make it quite difficult to defend a tota

The weather is going to be excellent for the match and so we are not going to have any interruptions. Online Cricket Id The pitch has been fast and bouncy for the first two matches, It is ideal for scoring big runs and the equation is loaded heavily in favor of the batsmen.

Expect plenty of sixes in what should be another high-scoring match.