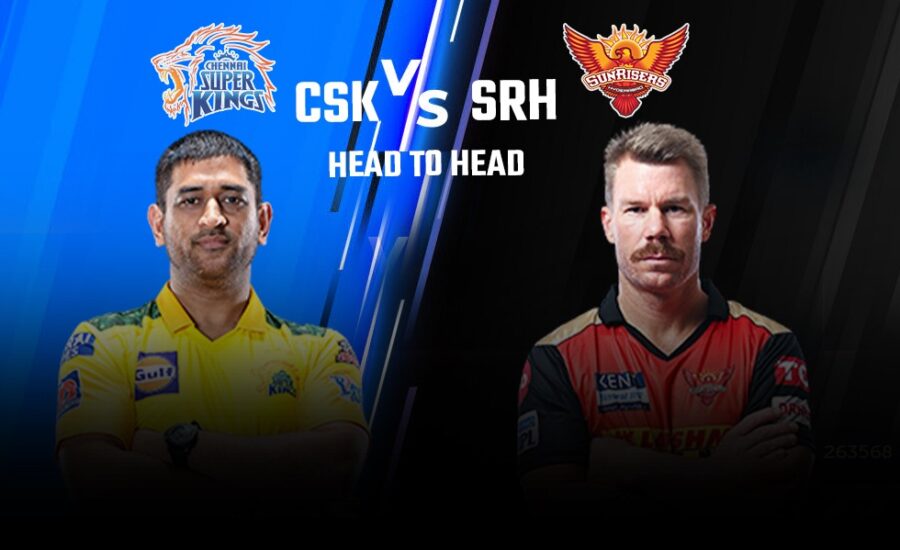 We are just about approaching the midway mark in the fourteenth edition of the Indian Premier League and the caravan now moves to the second leg of the tournament with matches now being played at Ahmedabad and Delhi. Sunrisers Hyderabad, who are placed right at the bottom of the ladder, will be hoping for a change in their fortunes with a change in venue.

Placed at the extreme opposite end of Sunrisers Hyderabad are Chennai Super Kings, who are flying high with their terrific performance in the tournament thus far. These teams are the tournament’s two of the most followed sides and this upcoming battle is going to be intense. The match will be played at Feroz Shah Kotla Stadium, Delhi, on 28th April 2021.

While this match appears to be more of a mismatch going by the points-table standings of the two sides but could prove to be a cracker of a contest given the players these two sides have. Sunrisers Hyderabad are rich in bowling prowess whereas the Super Kings bat hard and long. Considering the recent performances and the on-paper match-ups of the two sides, Chennai Super Kings are favorites to emerge on top in this all-important contest.

CSK VS SRH TEAM PREVIEWS
CHENNAI SUPER KINGS
Chennai Super Kings continued to ride on their merry ways as they registered a terrific win over Kolkata Knight Riders in a well-fought contest. That win pushed the Super Kings to the top of the table and consequently in a comfortable position as far as progression to the next round is concerned. Online Betting Id As it stands, they have eight points to their name with four wins in five matches. Besides, they have a terrific net run rate of 1.612, which can come in handy, be it to determine the top-two teams or to qualify for the playoffs.

These are still early days to comment on the final standings, but another four wins for CSK should be enough to push them through to the next round. They still have nine games to go and going by the way they have performed, they would need to do something disastrous to not to qualify from here.

The Super Kings have been clinical in all the matches they have played so far and it wasn’t anything different in the last game that they played. Given that they have a side that generally thrives on slower and turning surfaces, the move to Delhi should help them leaps and bounds.

With a batting lineup that goes as deep till number ten and a wide array of options available to bowl with for Mahendra Singh Dhoni, Chennai Super Kings are a super-versatile side. They have been brilliant with execution and should be looking to produce another favorable result. Perhaps the only matter of concern for them is the form of MS Dhoni, but they wouldn’t be too worried given the batting lineup they have. Overall, beating CSK is going to be a colossal task, more so for the out-of-confidence SRH side.

SUNRISERS HYDERABAD
Precisely opposite to the Super Kings, Sunrisers Hyderabad have been dismal in the tournament. They were inches away from a win in the last match, but a bunch of poor decisions robbed them of a useful couple of points. The loss ensured that they stay at the bottom of the points table. Currently, they have just two points with one win from five matches. The only thing that is going for them is that all of their losses have been pretty tight and, therefore, their net run-rate still looks decent for a team that has lost four matches.

Unless the Sunrisers can notch up a string of favorable results pretty quickly, they’ll likely fall behind in the race to the playoffs. The primary reason for the Sunrisers’ dismal performance has been their batting, which looks toothless in the middle-order. The return of Kane Williamson has added some depth to the lineup, but the lack of someone to hit lusty hits towards the end is certainly proving to be costly.

Besides a poor batting performance, it’s been surprising to see David Warner take some strange decisions, both on and off the field. In the last game as well, there are arguments about coming out ahead of Jonny Bairstow in the super-over against the Delhi Capitals. Although David Warner has scored a decent number of runs, he hasn’t looked anywhere near himself so far. Cricket Betting Tips He has been rather slow to get off the blocks and is getting dismissed without capitalizing on the starts he’s getting.

On the bowling front, however, the Sunrisers still look decent. They missed Bhuvneshwar Kumar in the last match, but still managed to do a decent job of keeping the Capitals to a manageable total. We expect them to slot Manish Pandey back into the side, this time to play a role of a finisher and not a sheet anchor. If they do, they will experience available right through their middle-order, which is something they desperately need.

All in all, the Sunrisers Hyderabad are in a dire need of a win and will need a lot more than their overseas stars to fire. They lack the balance and confidence that they generally exhibit at the big stage. Having said that, it is only a matter of time before they regain their form and send scares even to the best of the sides. If they do get back to their best, beating them is going to take some effort, even for the roaring Super Kings.